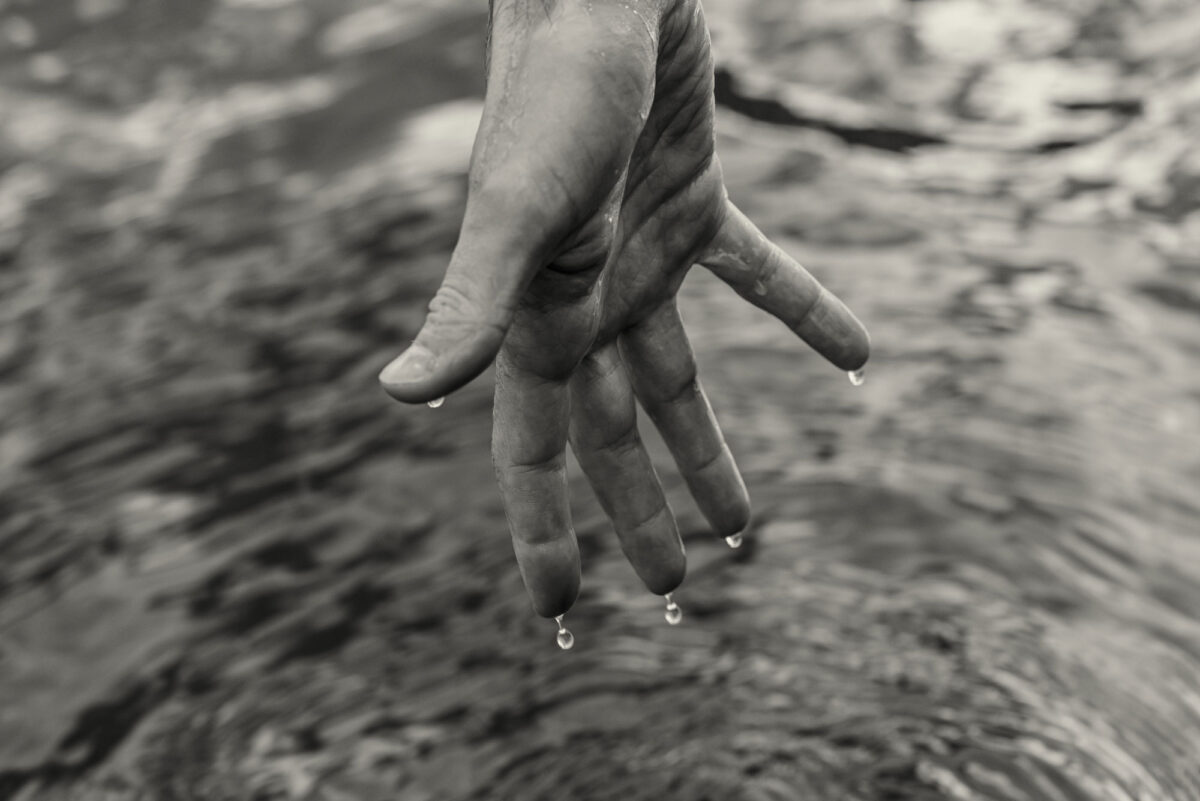 I was asked to be part of this group in 2018 by Maria Oiva, the co-artistic director of the performance, whom I’ve worked with on two occasions in theatre before. Everyone, everything else was unknown to me. Because of my work schedules as a theatre actor, I missed the first two demos others did in Hammerfest and Sogndal in 2019. Everything was again even more unknown to me, if not to count the occasional yet priceless Skype meetings online with the others. Little did we know about the future regarding these online meetings…

As time went by, everything eventually became unknown to everyone else as well. For instance ’Talking in the Rain – An Entertaining Show about the Weather’ was meant to be staged and performed in an empty swimming pool, in flesh, concrete, only partially online. Needless to say, that didn’t happen, because of the thing we know. The thing that surrounds our everyday conversations about the climate, traveling, health, clothing and gearing, managing and surviving in extreme situations,… and I’m not talking about the weather now.

In the spring of 2020, we had a new global theme that wanted to attach itself to the performance arts for good, for now, for how long, who knows? As social distancing and the states of emergency pulsated unsynchronized throughout the world, we too had to prepare our show to talk about the weather somewhere else than in flesh and concrete. We were not to perform in swimming pools nor outdoor gardens – but in the very essence of the online meetings that became an inescapable part of our reality because of the Covid-19.

This is my first time in the making of an experience-based performance, and a digital/remote performance as well. As an actor I’ve learned to define my art according to the stage I’m working with – it can just as well be a swimming pool or a screen opening to the world of social media. For me, it’s a matter of defining how to act in the environment given. And as an actor of Finnish nationality, I need to express my jealousy towards the English term of ’acting’ – it’s much more versatile to use than the Finnish term ’näytellä’. ’To act’ is much more versatile verb to use in performances that are not theatre, performances that define their own laws and ways of performing. Because whenever performing it’s about acts and actions – making an act, performing an act, defining an act.

The dramaturgy of the spectator’s body has been guiding us all the time through the two years of making the performance. Our main question has been ”How can we embody weather, climate, statistics, or science?” and needless to say, we’re in for a tough one at this time of the world. I believe the Reality Research Center has been a Finnish pioneer regarding the artwork with experience-based performances and dramaturgies of the body. And when approaching modern performance concepts, we need to talk about the ”other” dramaturgies as well, not just the classical theatrical dramaturgy of text and reason. We’re yet again dealing with the mind-body paradigm – the juxtaposition of sensations and reason – and that’s what we’re trying to bring together in Zoom. How to narrow the gap between a screened show (mind) and the spectator (body)?

My education in Tampere University’s Degree Programme in Theatre Arts – Näty (2009-2014) was a mix up of classical theatre and modern performance through which I’ve learned to understand many kinds of performances and actings, but the classical approach to theatre has always had a blind spot for regarding the body of the spectator. As does streaming series, television and movies and so on – even acting acts as a scapegoat for the spectator not to experience anything in their own bodies.

This is what excites me in this form of performance. How can we transmit and generate bodily sensations via our own pocket computers, the wireless extensions of our sensational bodies? How can we surpass the crippling effect of the bright screen and the small pixel people communicating with pre-prepared material? What is the essence of actions and acts thatactually generates bodily sensations in the spectator’s body? And how can we embrace the new world with new kinds of touches, sensations, and acts?

This has been a long journey out of the empty swimming pool to the new world, which seems to be smaller and more closed than ever before. The water was supposed to rise in the original swimming pool concept of our performance. I can guarantee that the water is still rising in this version of our performance, and in the world as well. And that’s what we need to experience as humankind – we need to see and hear and feel what happens in our everyday weathers, in our changing climates, and in our own bodies. Maybe then we can understand what’s really happening to us now, and what’s going to happen to us in the future.

Check the performance times and get your tickets from the programme page.

Talking in the Rain: An Entertaining Show About the Weather is a joint project of three partners: Reality Research Center (Finland), Ferske Scener (Norway) and Western Norway Research Institute (Norway).